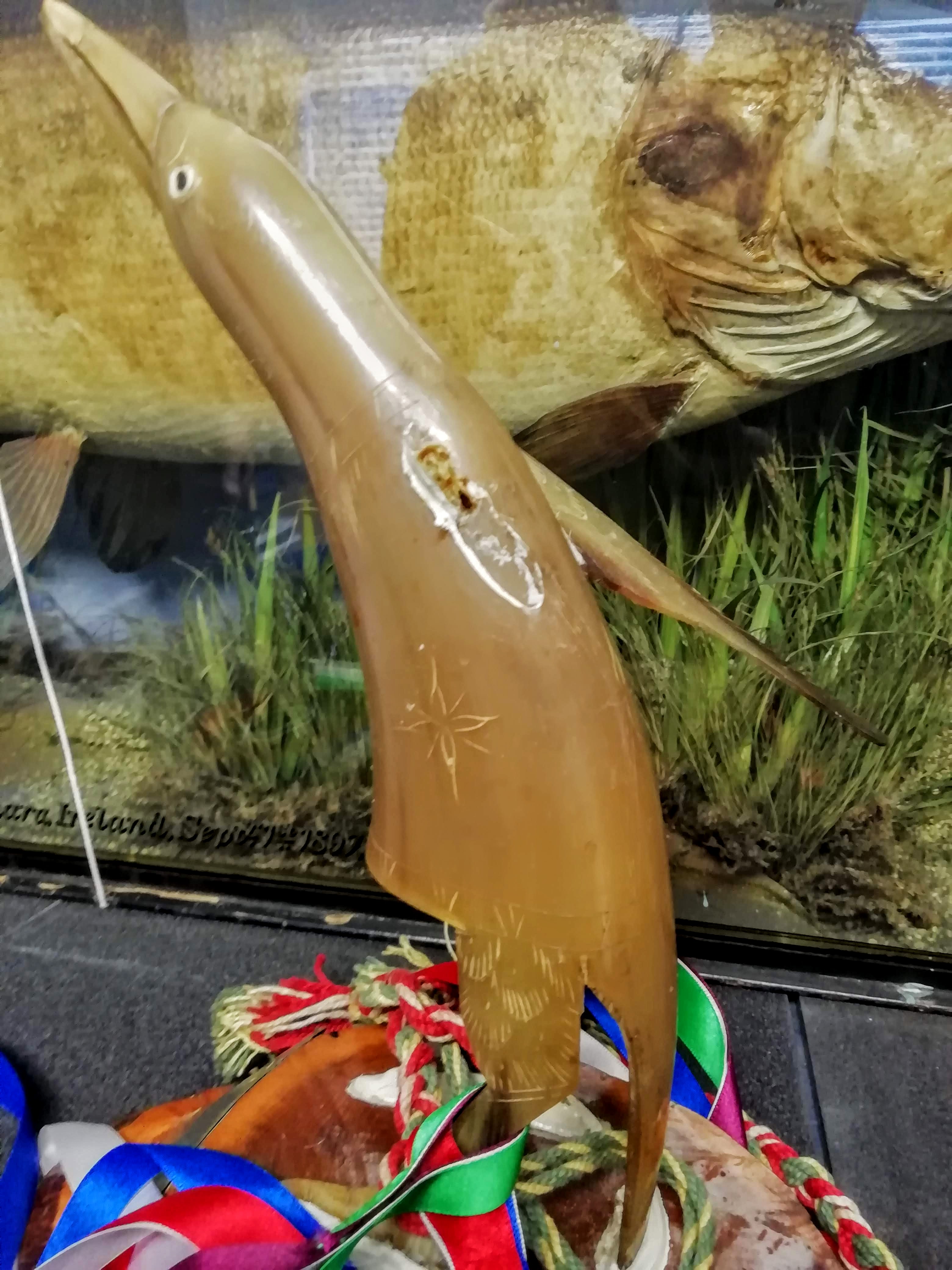 SSAGO's oldest object, a 60 year old carved antelope horn gets a make over after suffering some damage to it's wing.

What is the Kudu Bird/Hesley Wood?

The Kudu Bird (also known as Hesley Wood) is one of SSAGO’s oldest objects. SSAGO was formed in 1967 but before this date there were two separate organisations; Intervarsity and Intercollegiate. These were similar organisations to SSAGO, the former was for universities and the latter colleges and polytechnics. Intervarsity used to have one big rally a year in the summer which would usually last between 7 and 10 days with a strong service element.

During the annual conference of the 1956 rally, a benefactor donated a small sum of money (10 guineas) and a piece of a carved antelope horn.

The Antelope had been shot by Sir Harold West near the river Nile. Manchester was then tasked with the job of buying or making a small display box for it, it took till 1960 for this to happen!

The name of the bird was given due to the name of the venue of the rally, Hesley Wood. Although over time it adopted a nickname, Kudu Bird.

Initially it would set on the left hand side of the Chairman during meetings but at some point around the mid 1970s this stopped. Instead it became something that would be passed from rally to rally, sometimes it would get lost and one club thought they would steal it in the early 1990s!

From the mid 2000s onwards rallies have added an item from their camp to the box it was contained in as a memento of their event. At the time I became Archivist (Spring 2017) the box was very full and had been putting pressure on the wings and soon after led to one wing being completely dismembered from the main body.

A new face for an old body

After a successful Development Fund bid the bird was sent to a professional Conservator who’s job is to restore and repair archive objects. A conservator is a professional whose job is to accurately represent the historical story of the object. In this case, it is possible that the object has had previous work to it as there are clear signs on the wings and the base of a putty-like substance that would have been used to stick the pieces together. The conservator works hard to make sure the previous work is still seen as evidence of previous work to the object. Any work done to an object tells the story of where it has been and what has happened to it.

You can read the full report below but here are some highlights:

You can read further about the conservation treatment here: https://www.ssago.org/resources/reports/2019