Celebrating 1 Year of Virtual SSAGO: 5 days of over 30 activities 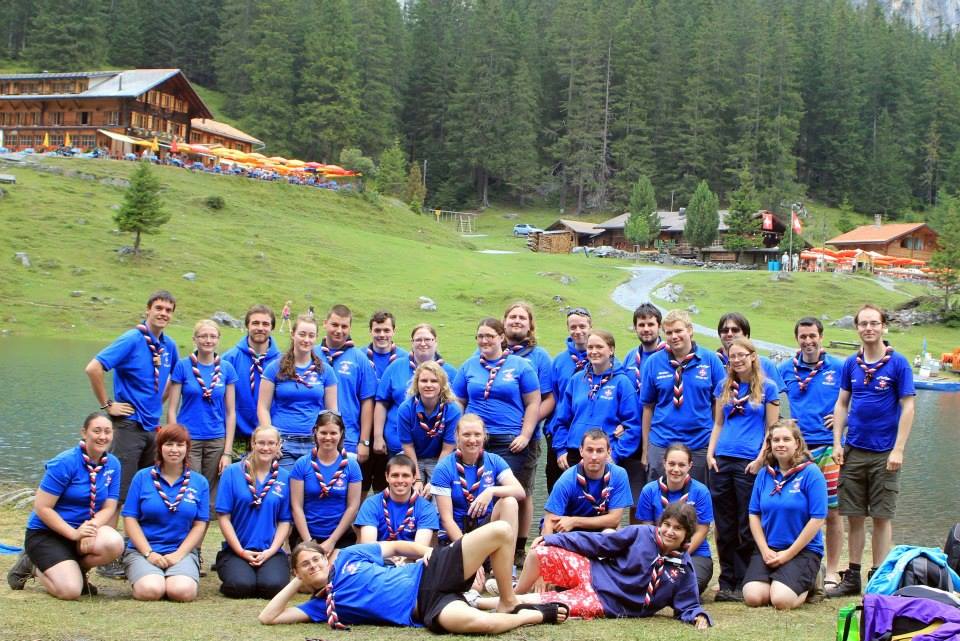 With the 2010s now coming to an end, it's time for SSAGO to look back at some our highlights from the past 10 years!

First up was the revival of SSAGO's international camp Witan in 2012.

Witan means “meeting of the wise” and the very first meeting was organised by Oxford in 1946 as a post war gathering and reunification. Student Scouts and Guides from all over the world were invited to this event which ran rather like a Moot or Jamboree would with Scouts/Guides from all over the world attend a camp hosted by one country. From 1959 onwards Witans were run every two years and generally swapped between Europen and a non-European location each time. However, the last of this style of Witan was held in 1991 when no organising committee was formed for the next event.

Since then a few efforts to revive Witan in its traditional format were made but were unsuccessful. In 2012 the first of the new style Witans was run - this time taking UK SSAGO to Kandersteg, Switzerland for an excellent trip. Witan had morphed into a trip abroad for UK SSAGO. Continuing this trend, the last Witan trip was held in Berlin, Germany where just under 70 SSAGO members attended.

SSAGO are returning to Kandersteg in 2020 and are expecting international Student Scout and Guides to join them there for more adventure and long lasting memories. 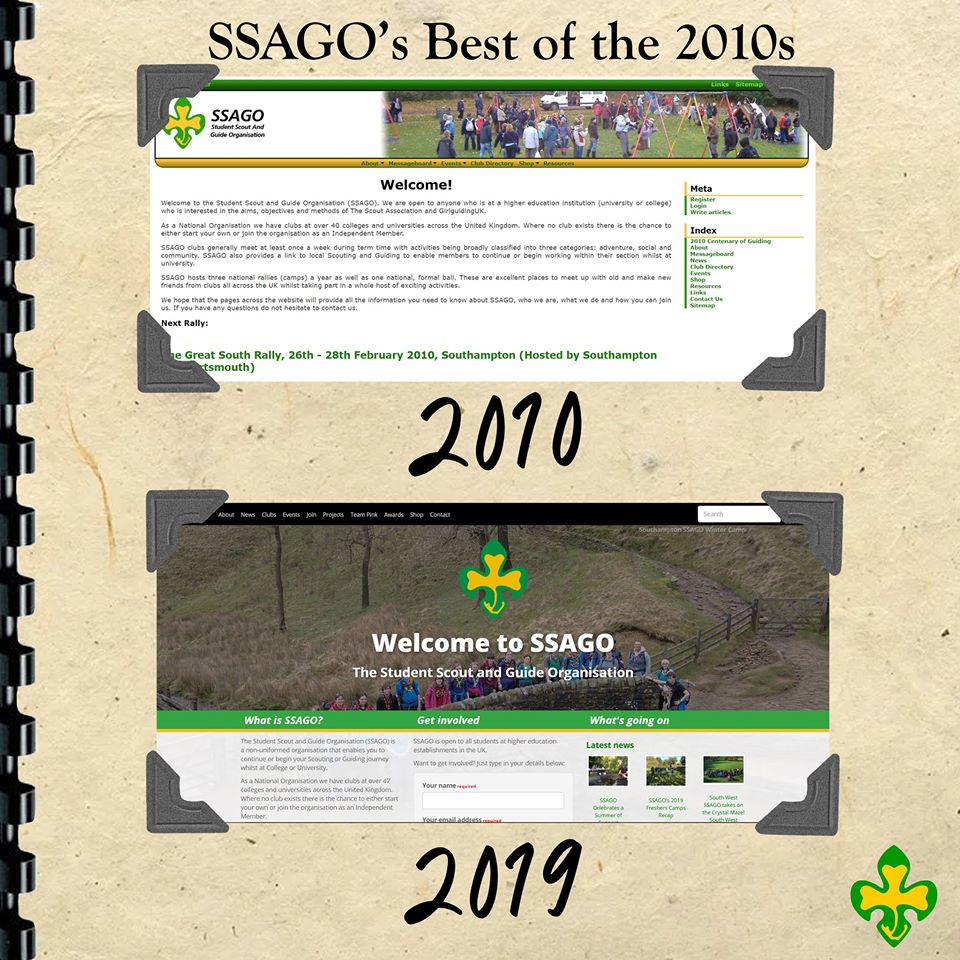 Everybody has a glow up at some point, and for us it was with the rejuvenation of the SSAGO website back in 2015. Doing away with the old events system and creating a new self sustaining system has revolutionised how SSAGO runs events. Over the past few years news, badges, resources, the shop, the membership system and much more have gained a presence on the website. Of course this has been spearheaded by Oliver Bills who subsequently was awarded the Cutlery Cup and honorary membership for all his work. 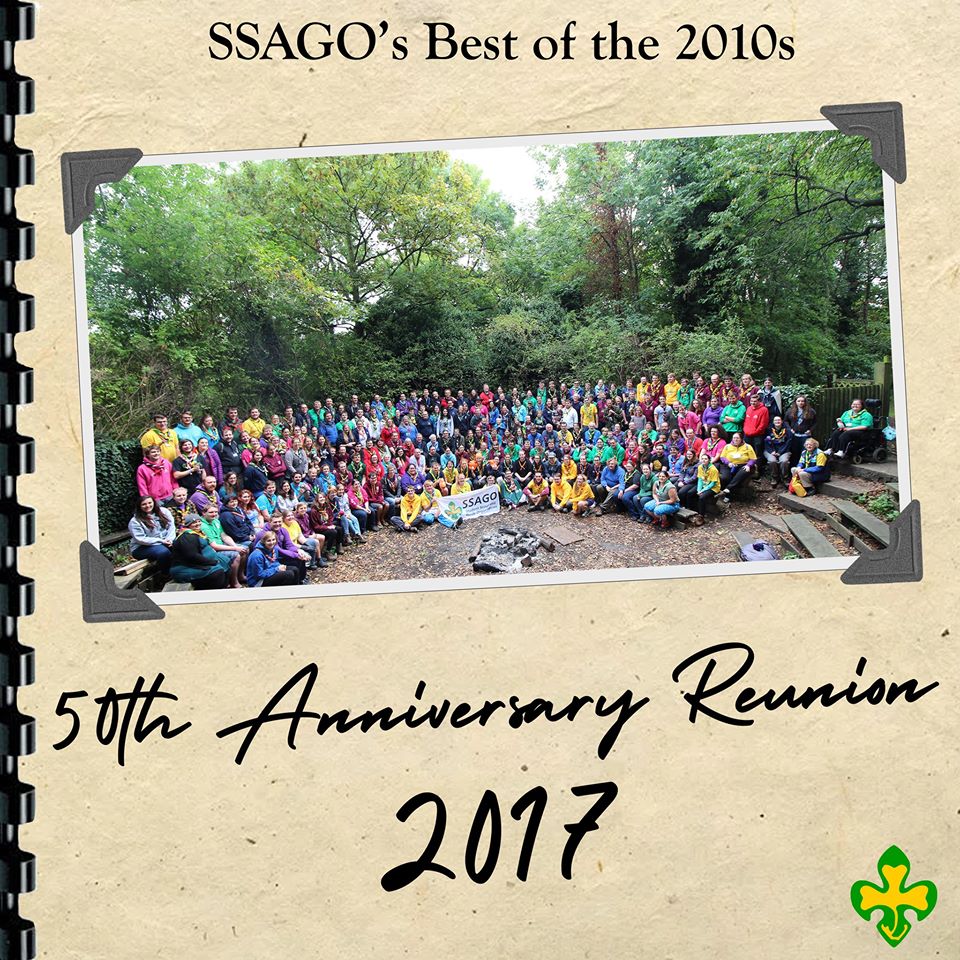 In 2017 SSAGO celebrated it's 50 year birthday and anniversary by hosting a Reunion at Scout Park in London bringing together past, present and future members of SSAGO for one giant celebration in the traditional SSAGO style. UK Chief Commissioner Tim Kidd helped kick off the weekend with SSAGO members taking part in lots of activities on and off site. There was also a collection of archive materials for people to reminisce over and new things like the SSAGO Birthday card being created. On Sunday morning there was a mini fete with giant inflatables, Pimms on the grass, the chair getting sponged and guessing how many badges were in the jar! 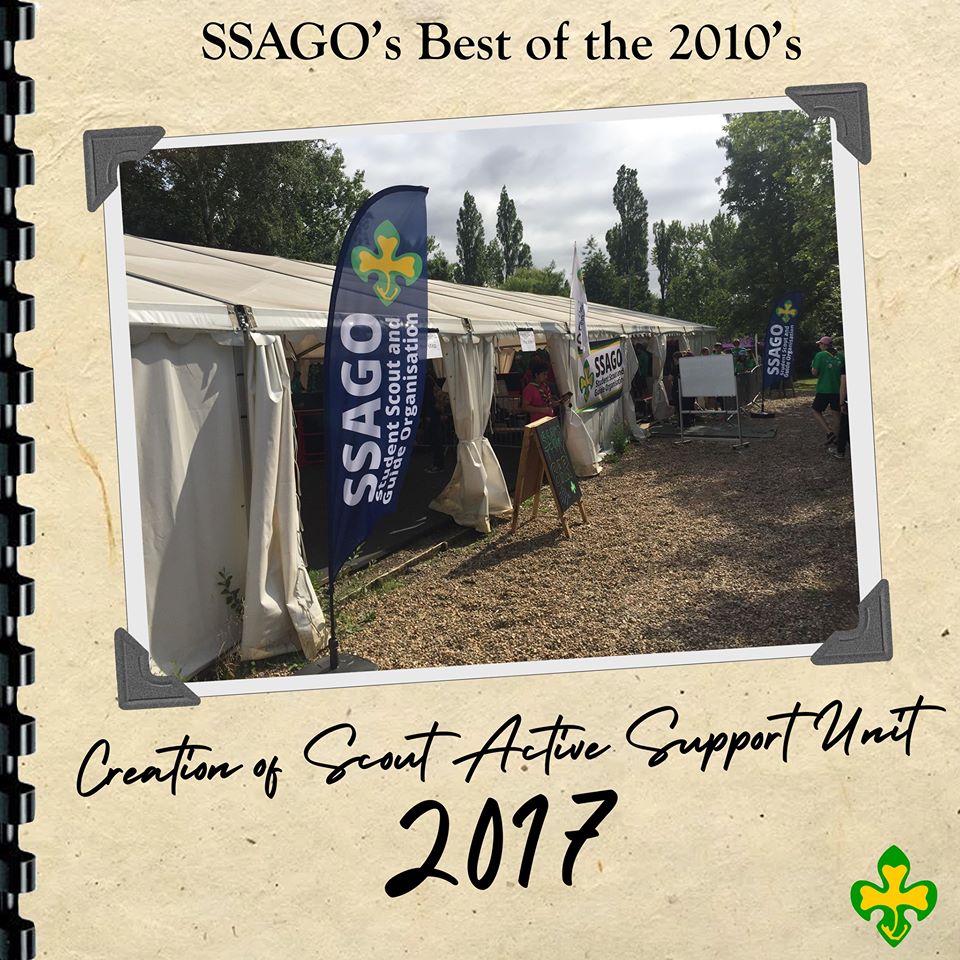 Although SSAGO has been attending events for many years, it was 2017 when the idea of an official Scout Active Support Unit (SASU) was introduced. Since then the SASU has evolved in to SSAGO Support, the team which frequently attends big events to help where needed. Becoming a SASU was big step in SSAGO history as it further strengthened our relationship with Scouting and Guiding, proving yet again how SSAGO can benefit our parent organisations whilst also having a good time!

Witan in a Weekend Rally 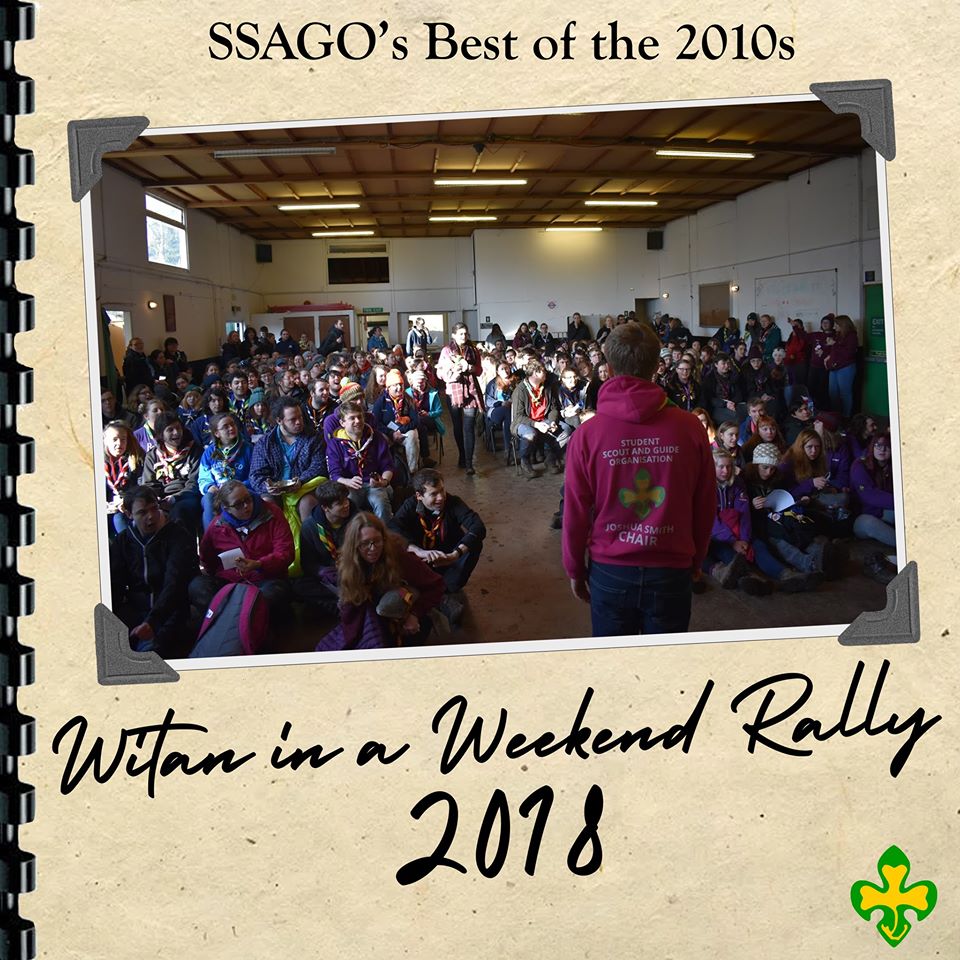 In 2018 the Young Goats Associates hosted the biggest Rally ever at Scout Park in London. Based on SSAGO’s international event Witan, it saw 320 SSAGO members take part in activities across the capital, ran in the same way Witan is. Fitting with the theme there were also 3 international contingents and a menu that featured foods from all over the world.The camera in the main hall lead to countless funny pictures, the campsite became a mud bath and the AGM was as exciting as always!